The benefits of a good night's sleep - Shai Marcu

It’s 4am, and the big test is in 8 hours. You’ve been studying for days, but you still don’t feel ready. Should you drink another cup of coffee and spend the next few hours cramming? Or should you go to sleep? Shai Marcu defends the latter option, showing how sleep restructures your brain in a way that’s crucial for how our memory works.
Lesson by Shai Marcu, animation by Javier Saldeña.
P.O. Box 3301
Fairfield, CA 94533
DIRECT: 707.372.4160
EMAIL: info@ffinest.org
Website
Posted by Matt Garcia Foundation at 6:00 AM No comments: 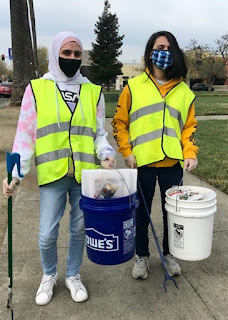 When: TODAY!
See you from 9:00 - 11:00am
Where: Downtown Fairfield located 'on the green' at the corner of Jefferson & Texas Streets, Fairfield, CA 94533
To protect your health and slow the spread of the coronavirus, we will be follow the most recent guidance from the Center for Disease Control.
The Matt Garcia Foundation will provide gloves, garbage pickers and buckets for collecting the trash.
Students can earn community service hours. Lunch provided after the cleanup.
For more information visit our website.
To receive updated information on volunteering opportunities, sign up for our text alerts.
Text: 81010 | Enter: @mgfv

Posted by Matt Garcia Foundation at 4:30 AM No comments:

This Month in History 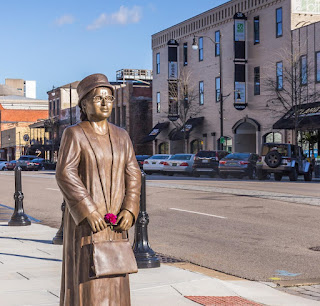 Rosa Parks' contributions to the Civil Rights Movement are undeniable. But nine months before she refused to give up her seat on a bus for a white person in Montgomery, Alabama, 15-year-old Claudette Colvin did the same thing on the same bus system. But Colvin isn't widely recognized for her act. On March 2, 1955, the day she was arrested, she had been learning about Black history at her school.

How does caffeine keep us awake? - Hanan Qasim

Over 100,000 metric tons of caffeine are consumed around the world every year. That’s equivalent to the weight of 14 Eiffel Towers! Caffeine helps us feel alert, focused, and energetic, even if we haven’t had enough sleep — but it can also raise our blood pressure and make us feel anxious. So how does it keep us awake? Hanan Qasim shares the science behind the world’s most widely used drug.
Lesson by Hanan Qasim, directed by Adriatic Animation.
P.O. Box 3301
Fairfield, CA 94533
DIRECT: 707.372.4160
EMAIL: info@ffinest.org
Website
Posted by Matt Garcia Foundation at 5:00 AM No comments: We are not here to curse the darkness, but to light the candle that can guide us thru that darkness to a safe and sane future. 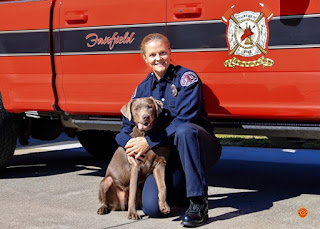 Jessica Fleshman was recently promoted to the position of battalion chief. This is a GREAT moment in history because Jessica is not only the first female battalion chief in the history of the Fairfield Fire Department, but the entire County of Solano. Becoming a professional firefighter is a big accomplishment but, persevering through a career and receiving a promotion to the rank of battalion chief is even more challenging.

Jessica is also no stranger to the City of Fairfield. She was raised here, attending Fairview Elementary School, Sullivan Middle School and Fairfield High School (graduating class of 1994). After graduating from High School, she became a volunteer firefighter with Fairfield until 1997 when She enlisted in the United States Marine Corps as an ordinance technician. She served four years in the Marines. Jessica was eventually hired full time with the Fairfield Fire Department as a firefighter-paramedic in 2005. While working for the Fairfield Fire Department she achieved numerous accomplishments. Just to name a few; she was a member of the department’s first-honor guard, manages the critical incident stress team and chaplain program, and serves as an instructor and mentor at the Fairfield Public Safety Academy and Solano College. She’s also the handler for the fire department service and therapy dog, a cute Labrador named “Gunner”. It’s also worth noting that Jessica was the first ever female fire captain for the Fairfield Fire Department prior to being promoted to battalion chief.

Her formal education includes an Associate Degree in fire technology and a bachelor’s degree in human resources. She received her paramedic training from the Northern California Training Institute in 2004. She is married with 5 children and lives in Vacaville. Her Husband, Chris is currently a fire captain with Fairfield Fire. While in High School and College, Jessica played on numerous organized sports teams, including softball, soccer, water polo and basketball. She was a proud member of the Solano College Falcons Women’s basketball team. Somehow Jessica also found time to enjoy her love of music as a member of the Fairfield High Scarlet Brigade Drum line. Her musical talents include playing the trombone, piano and bass guitar.

Jessica’s job as battalion chief currently includes managing the fire department training program, supervising fire captains and working as incident commander on large scale incidents. This is a proud moment for the City of Fairfield and the Matt Garcia Foundation in our efforts to Keep Matt’s Dream Alive by making Fairfield a better place for everyone, regardless of race and gender. Congratulations Jessica, we are extremely proud and thankful for your service to our wonderful City!

This is a video tutorial on how to make egg carton kids crafts.
This DIY video shows how to make a Snowman, Bee, Caterpillar, Helicopter and a car out of egg cartons.
Direct: 707.372.4160
Email: info@ffinest.org
Website
Posted by Matt Garcia Foundation at 6:30 AM No comments: 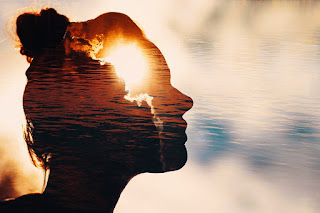 "Failure is impossible."
- Susan B. Anthony
"Each person must live their life as a model for others."
- Rosa Parks
Direct: 707.372.4160
Email: info@ffinest.org
Website
Posted by Matt Garcia Foundation at 4:30 AM No comments: 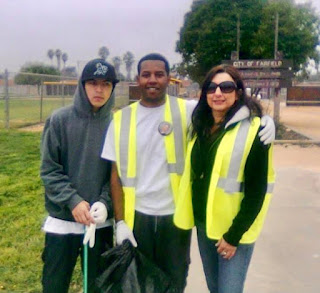 Don’t recycle – throw away: any metal with food particles attached and metal caps from bottles.

Drunk Driving as a Threat to Road Safety (Updated)

Why is Drunk Driving such a Threat to Road Safety?
Drunk Driving is one of the biggest threats to Road Safety in South Africa. Research indicates that 50% of people who die on the roads have a blood alcohol concentration above 0.05 gram per 100 millilitres.
P.O. Box 3301
Fairfield, CA 94533
Direct: 707.372.4160
Email: info@ffinest.org
Website
Posted by Matt Garcia Foundation at 5:30 AM No comments: